My interests as a curator and as an arti historian lies in the field of processual and performative art. This includes performance art, open technology, sound and conceptual strategies. I have been working professionally as a curator since 2012, where I started my work at the Museum of Contemporary Art in Roskilde (DK) working with the new internet art portal Net.Specific. In 2013 I moved to Berlin (DE) to continue as a freelance curator, which also included the next Net.Specific exhibition and launch events. The next years were dominated by events and invitations for presentations and workshops as well as an invitation to write a piece for the Danish Association of Composers about notation and net art (2013), as well as I was interviewed by the Danish Artists Association in a thematic edition of their members magazine about digital art (2014). I further  wrote two chapers for the anthology Cybermuseology published by Aarhus University Press (2015). In 2015 I additionally started lecturing in Curating on the Web for Node Center for Curatorial Studies, Berlin (DE), which is still ongoing and in 2017 I started a new course in Archiving, Documenting and Preserving Ephemeral Art. I also continued doing curatorial workshops and presentations as well as working with my own artistic projects.

In both 2015 and 2017 I received grants from the Danish Art Council to travel to Iceland to undertake curatorial research. The first trip was to Seyðisfjörður in the east of iceland, where I studied the local environments and its cultural growth for two months in October and November 2015. The second trip was to Reykjavik in September 2017, where the aim was to start an expansive curatorial research project evolving around Icelandic environmentl art, a project that is still ongoing and which will result in an exhibition in 2020 or 2021. My interest in notation, scoring and instruction-based art has resulted in the development of a new platform for instructionbased performance called performance protocols.

performance protocols is an interdisciplinary platform for performance instruction and notation that creates exhibitions and events. The artists invited can be from various fields working with the form, from performance art, conceptual art, sound art, music, choreography or code works. The platform wishes to host works that explore notation, protocols, instruction, and scoring in its various forms. Each exhibition and event has a dedicated theme that investigates this field in different ways. The online platform embraces a focus on text as form.

performance protocols is both an online and offline format. As as online exhibition space it hosts online exhibitions with instructions and scores. As an offline format, performance protocols plans to host yearly events, where scores are performed live in selected venues and in public space. The offline part additionally wishes to travel to different venues and countries with a program that is focused on local artists from that destination.

performance protocols is a nomadic platform in both its refusal to settle in a specific place as well as in its refusal to be defined; it has an urge to experiment, existing between points. It is a part of the concept that performance protocols doesn’t have a fixed physical base as such, but is connected through the website as platform. It is both distributed via the rhizomatic structure of the web as well as it embraces the nomadic as an active concept, creating new spaces of intervention.

By creating the platform Net.Specific, the Museum of Contemporary Art in Roskilde wants to expand its exhibition practice and include the Internet - both by involving internet art as an art form and using the network as an exhibition space in its own right. The name Net.Specific is a reference to internet art which is born online, using the web as both material and artistic medium.

The project was active from 2012-2014, where I was the conceptualizer, project organiser and curator. Net.Specific hosted two exhibitions and two launch events.

The exhibition space and its exhibitions can still be visited here (both English and Danish versions available): http://netspecific.net/en

Performing the Media is the second exhibition in the framework of Net.Specific, which deals with how identity can be constructed in online space and through the tools that the net gives the artists and users to work with. The exhibition frames a broad understanding of the topic and how personal representation takes different shapes, with the web functioning as a transformative and critical space for action.

The Performing the Media launch event was held at Supermarkt in Berlin (DE) on April 3. 2014. The event featured a networked performance by artist Johannes P. Osterhoff, a FB resistance workshop by artist Tobias Leingruber, a talk and demonstration of the work My Desktop Life by artist Martine Neddam as well as an introductory speech by curator Tina Mariane Krogh Madsen. 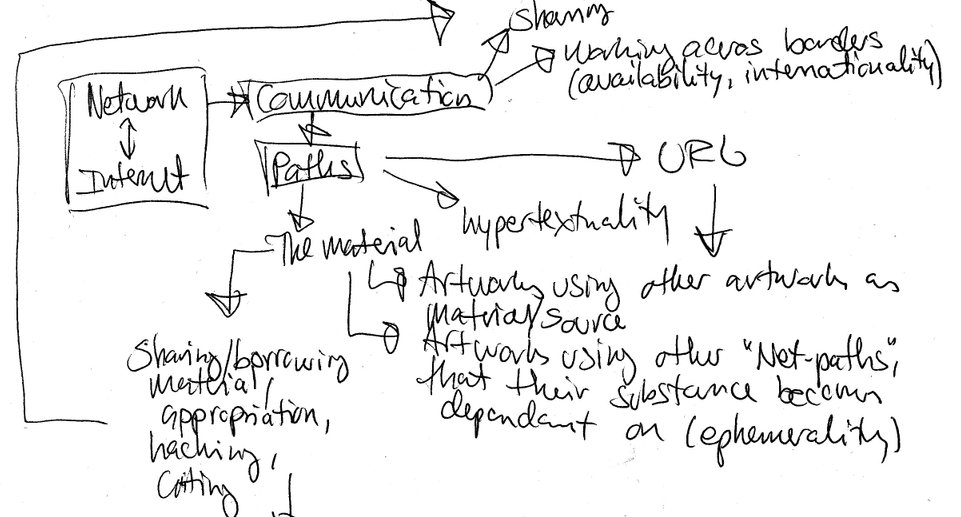 "Hackers, artists, scientists, curators and everyone in between: you are invited to join us for this special workshop as part of VORSPIEL 2014 – transmediale Festival for Art & Digital Culture. We will challenge ourselves with the question of how to capture the audience participation of a time-based media artwork, especially if an art piece is going viral and people start to connect and respond to the work in various ways – by sharing, commenting or remixing it online. What does this mean for the documentation of this piece of art? Is participation creating a new “version” of the piece, with the participants as co-creators? Seeing that new dimensions and layers can be added through these forms of immediate interaction and communication, this raises new issues related to the lifecycle of a time-based media artwork – especially for those art pieces living outside of the museum and gallery context. This workshop will serve as an inventory for anyone who is interested in challenging their curatorial practice and reaching beyond the limits of artistic representation."

• Maru Ituarte, visual artist and researcher with a formation in philosophy. 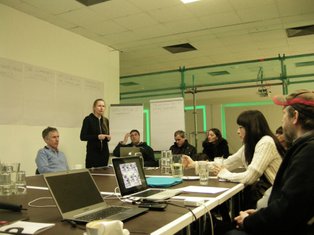 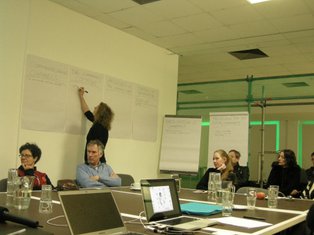 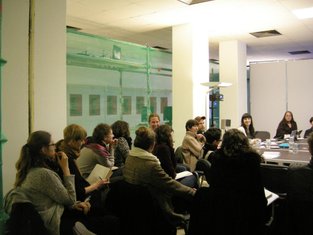 Relay Replay: Performative Feedback was a one-day event that explored how alternative ways of documenting performance art can be used as a type of communication between performer and audience, as well as between audience and artists themselves.

The event presented different participatory performances from artists who deal with the concepts of documentation and feedback within their practice. In this way, the event examined the concept of feedback as part of a dynamic system or loop, emphasizing that information in itself is not feedback unless it is translated again into action.

Curatorial statement:”As mediators, we are interested in the communicative potential of an art piece and how the passive, one way communication often used in art can be transformed into an active dialogue between audience and artists. Therefore, during the evening, the audience is invited to create alternative forms of documentation, not only sharing a common ground for experimentation, but also highlighting the potential of the documentation as material in itself that can be re-interpreted and transformed into something new.”

Featuring works by the artists: 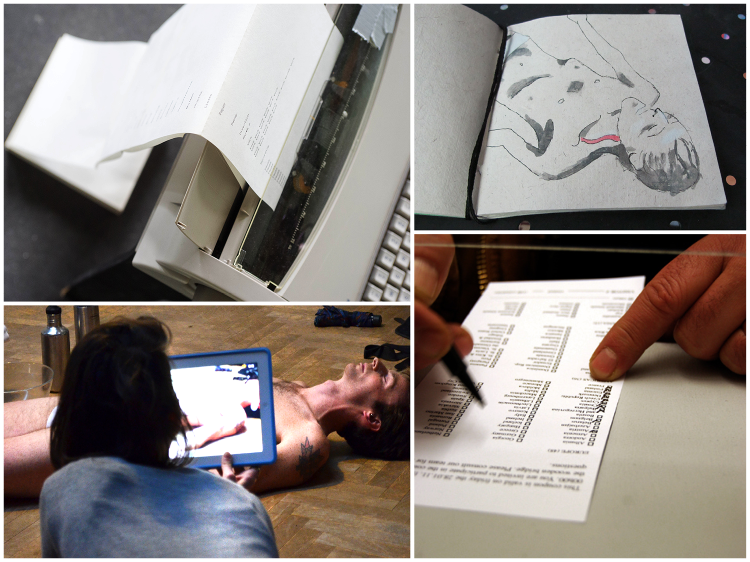 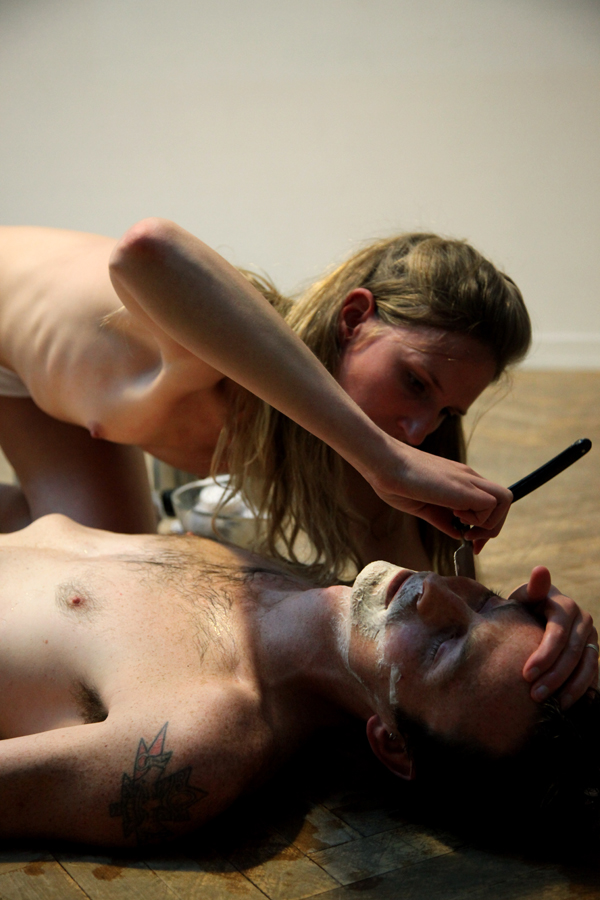 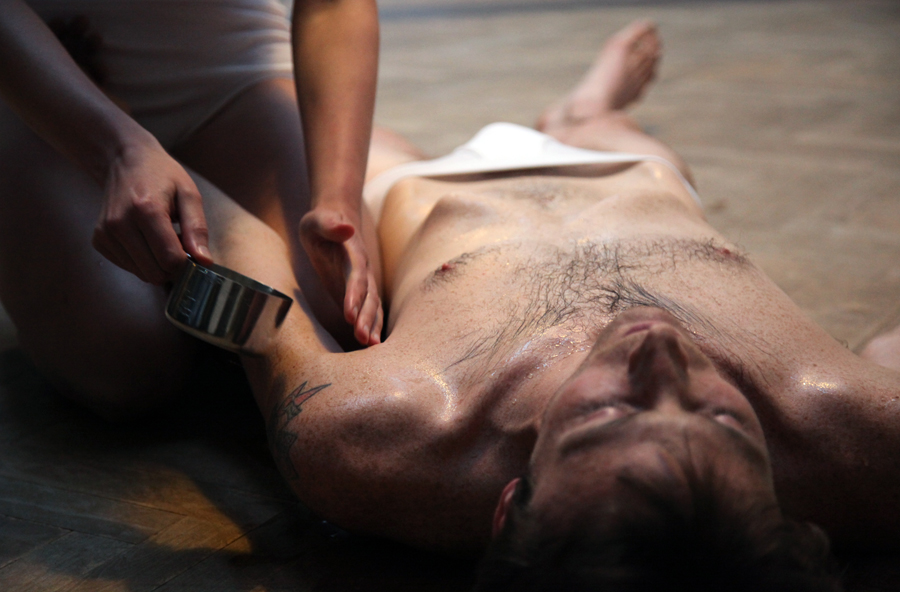 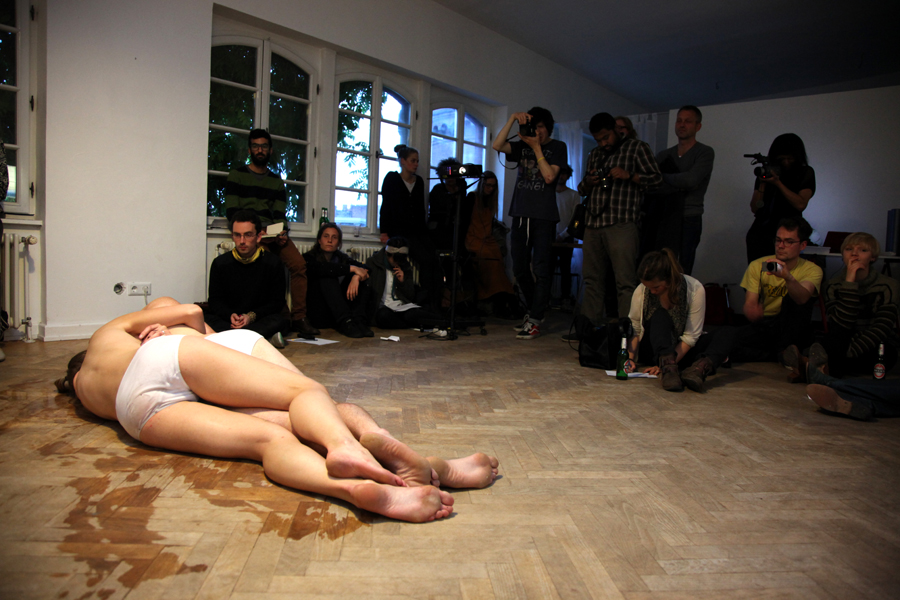